Being a leader means you are the one who stands up and enforces what is non-negotiable.

A leader needs a list of non-negotiables that cannot be allowed to change because someone doesn’t like the culture, the values, the business model, or doesn’t want to treat other people well.

A leader must create and sustain a positive, empowering culture. Culture is non-negotiable. If someone or something threatens culture, the leader is obligated to take action. Allowing a positive empowering culture to be destroyed is to allow the organization to be radically changed for the worse.

How people are treated:

Values are what sustain an organisation, especially through times of great change. Values are what persist, what provide a foundation. If one of the values is integrity, then allowing people to colour outside the lines is a non-starter. The leader not only has to embody the values, she has to enforce them.

This isn’t to say that business models can’t, won’t, or shouldn’t change. They can, will, and should over time. But only at the right time and for the right reasons. Allowing price reductions that inhibit your ability to produce results breaks the model. Selling products and services that don’t create the value your clients want, need, and expect from you
changes the model, too. A leader cannot allow the model to be negotiated.

You Can’t Need to Be Liked.

You will find that this is a short chapter, but because it is one of the greatest challenges leaders face, it needs to stand alone so that you don’t overlook or set aside its importance. If you are to lead, you are to be unpopular and disliked at times. One cannot exist without the other.

Leadership is a tricky subject. There are so many attributes, beliefs, and behaviours that make up a good leader that it’s impossible to come up with a single defining characteristic. And the same could be said for mistakes that would-be leaders make. One of the most common, and most damaging mistakes leaders make is the need to be liked.

One thing that leadership is not is a popularity contest. A leader can’t have an overwhelming need to be liked. This isn’t because leadership requires a hardness or uncaring persona; it is for very real, very fundamental reasons.

You Do Not Need to Be Feared, But You Must Be Respected.

None of this means that a leader should want to be disliked. How you achieve outcomes as a leader is every bit as important as the outcomes themselves. The idea that it is better for a leader to be feared than loved if she “can’t be both,” is 500 years old. Much about leadership has changed.

• The best leader you had cared enough about you to have the tough conversations
necessary to help you see your blind spots. They weren’t mean-spirited in their
criticism. They just saw something more in you than you could see at the time.
• The best leader you will ever have will make the decision to do what is right even when
it is the unpopular decision. That leader will weigh their decisions carefully and do what
is best for the people that they lead.
• A great leader will hold you accountable for producing results, even when those results
are difficult to achieve.

The Absolute Necessity of Accountability

Next to shedding yourself of the need to be liked, the need to hold yourself and your team accountable is critical. The lack of accountability is why sales funnels are full of false opportunities, why cultures become stagnant, and why companies fail.

Be the Leader Your Team Needs

You establish the goal, and you employ all your resources, including time, energy, money,
and people in achieving that goal. Come hell or high water.

The second part of managerial will is holding people accountable for their role in achieving the goal. You ask them about their progress. And then you ask them again. When they’re struggling, you help remove the obstacles to their performance. You coach them. You help them with whatever will enable them to do their part in producing the results you need them to produce as part of the larger goal.

Without the leadership component to managerial will, compensation and other levers rarely produce the results desired. If you had to choose between the two, managerial
will is the safer bet—especially with a great actualised leader. Without the accountability component, you will achieve results that are far less than what you are capable of producing.

This resistance to managerial will comes from the great—and real— fear that people will be hurt when managerial will is exercised by an unenlightened dominator who makes poor leadership choices. But this too stems from a lack of managerial will, namely that of the manager’s leader in allowing bad behaviour.

Managerial will, when exercised by a thoughtful, enlightened, caring leader is a force multiplier that allows their team to outproduce larger, better resourced competitors who lack this discipline.

Everything Is Your Fault

Don’t be miffed that your team didn’t perform up to their abilities. Be annoyed with yourself for not developing and coaching them to deliver that performance. Once you hire someone, you are responsible for giving them everything they need to succeed. That means the mindset, skill sets, and tool kits. It also means the training, development, and coaching.

You shouldn’t be angry with people who are disengaged and who don’t buy into your vision. Be upset with yourself for not transferring your emotion to them strongly enough to engage them. People want to be inspired. They want to dream bigger. They want to make a contribution to a cause greater than themselves. You can give them that.

There are people who bother you because they destroy the culture you are creating with their negativity, dragging many good people down with them. Be bothered by the fact that you didn’t act soon enough to prevent them from doing so. One of your primary roles as a leader is to protect the culture you create from anything or anyone who would harm it.

The most successful people in life believe that they are responsible for the results they produce. People that struggle to find the success they are capable of look to externalities to explain away their lack of success.

If you are responsible for the outcomes you don’t like, you are also empowered to change them. Everything is your fault.

Leaders make tough decisions. It means you deal with complicated client issues, doing what is right, even if it is unpopular, and even if it isn’t easy. You deal with problem employees based on your values, even if it costs you an A-Player. You make decisions based on non-negotiables by making them known, and by holding people accountable. You make decisions, knowing that you have incomplete information, and knowing
that you cannot always be 100% certain that you are making the right decision at the right time.

Right or wrong, you must decide. This is what leaders do

In addition to making tough decisions, a leader must face harsh realities. This is as true
for one who would lead themselves as it is for one who leads an organization. The only thing that happens when you avoid harsh realities is that you suffer the harsh consequences you wish to avoid.

If you don’t have enough opportunities to be able to reach your goals, avoiding that reality will do nothing to improve it. By shining a light on the fact that you don’t have the potential deals you need, you can create a burning platform, determine a new course, and take massive action. By facing the harsh reality of too few opportunities, you can take steps to avoid the negative consequences.

“But wait,” you say. “That will take too much time.” The time will pass whether you take
action or not. By acting, you may be able to mitigate the harsh consequences.

You may not relish the idea of letting go an employee who is a top performer with massive character flaws, and who is so negative that they are destroying your culture. The harsh reality is that they are disruptive and damaging your workforce. The consequences are a culture unlike the positive culture of high performance
you have built. Facing the fact that you’ve allowed this employee to run roughshod for
too long and removing them prevents you from paying a higher price than you are paying now.

“But what about the revenue they bring?” you ask. You can replace their revenue, and
you can replace it by hiring someone who can perform at that level without the character
flaws and baggage.

The harshest reality that a leader has to face is that they are ultimately responsible for what happens on their watch. The harsh reality is that the leader has to make hard calls, calls where the cost of making the decision is high and the cost of not making it is even higher. A leader is charged with making decisions that move the people they lead forward, even when they are unpleasant.

There are harsh consequences for not facing harsh realities. It is a mistake to think that
avoiding the decisions you need to make doesn’t come with a stiff penalty. Over time, you pay a higher price.

How Fisher & Paykel Redefined Its Approach To Sales

Five Signs You’re An Order Taker And Not A Salesperson.

When Quitting Becomes The Best Option. 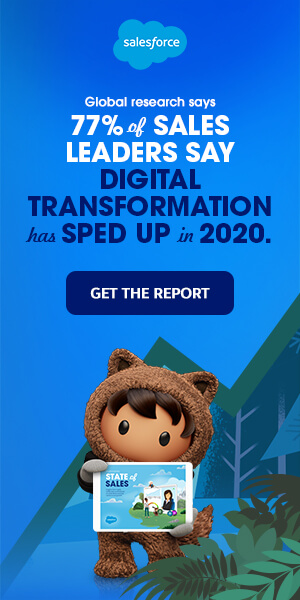 7 Considerations For Sales Recruitment During COVID.

Grant Cardone And Secrets Behind His Success (Exclusive Interview) 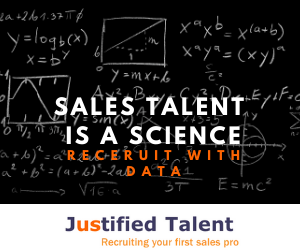