This quote of Peter Drucker’s has been bandied about and dissected by countless leadership consultants and business people. It has been called too simplistic by some, and set aside. Yet, there is nothing untrue in the quote. Instead of focusing on whether this quote stands up, spend your energy understanding why people have followers, and how great leaders lead.

What is it that leaders do that makes people follow them? What makes a leader effective?

The simple answer to that is: A leader leads. They lead the people and the organisation in their charge forward. They do this in many ways.

(1) The vision thing. The leader can only lead if she has a clear vision of where she is leading the people in her charge. That vision—and the ability to share it in a clear and compelling way—is what draws followers to her, and what inspires them to take action.

(2) Making change. No leader ever finds themselves in charge of an organisation that doesn’t need to change, or one that could not produce greater results than they are currently producing. That means a leader leads change. That change is what moves an organisation from its current state to its future.

(3) Strategy. A leader has to have some idea of how to compete and how to win. Strategy
is the plan to do so. Without strategy, the vision will not come to life, and the change
will not be achieved.

(4) Execution. A leader has to ensure execution. Execution is a big deal. You can have the best strategy on Earth and the tactics to achieve them, but without execution, it is all for naught.

(6) Growing people. Execution isn’t easy. To execute, the people in the leader’s charge
will be required to change, to grow, and to develop personally and professionally (you
cannot have the latter without the former). A great leader helps those in their charge
become the best version of themselves. The greatest of leaders build leadership factories.

(7) Teams. Leaders build teams. They bring diverse groups of people together to achieve what would otherwise be impossible. Teams are a force multiplier, creating value far in excess of the individuals it is made of.

what a leader really does is lead. but that doesn’t mean that you lead the same way in every circumstance.

You will need to manage all of the following if the need arises:

When an organisation is in trouble, it requires leaders who will take charge. Difficult circumstances or an existential threat requires that people take action now, without having the time to debate the choices of action, without a chance to build consensus around the approach, and without concern for tradition. The turnaround leader can break things on their way to making things better, and they can create ill will along the way. But when survival is at stake, this approach is necessary.

A turnaround is a shift of 180 degrees; the organisation is moving in the wrong direction. A change agent needs to adjust the organisation’s direction by degrees, more than 1 degree and less than 180. The strategy isn’t quite right and needs to be significantly adjusted. The business model isn’t producing the expected results, and the go-to-market strategy needs to be significantly modified. There isn’t all the time in the world to debate the choices and build consensus, but there is some time to enlist the support of other leaders to help make change. When things aren’t working, a leader has to make change.

There are some circumstances that require a leader who can execute and deliver
results. The organisation is in no danger, no real change is needed, other than greater execution of what is already in place. This choice is often overlooked by new leaders, who believe they must be a turnaround leader or a change agent. But sometimes all that is necessary for the leader to help the organisation reach its full potential is to create accountability for executing on what is already in place. The execution leader has time
to build consensus, build traditions, and inspire greater action.

Know what role you need to play to best serve your organisation.

When your organisation needs better execution, being a turnaround leader or a change agent will prevent you from producing the results you need. Likewise, when something is broken, execution isn’t enough to realise the organisation’s potential.’

What a Leader Doesn’t Do.

You are most certainly aware of the phrase “Do as I say, not as I do.” If you’ve given this concept any amount of thought, you know that it doesn’t work in real life. To ensure that you’re not living this concept in your role as a leader, you need to take an honest look at your own behaviours.

Are you full of performative contradictions? Are you doing what you say one cannot—or should not—do?

• You say that your salespeople should block off time for their most important tasks, like nurturing their dream clients, prospecting, and following up. You want the members of your team to do the things that make a difference and produce results. Are you blocking time for coaching your sales team, the most important activity and the one that generates the highest return on effort?

• You tell your sales team to get out from behind their email and get in front of clients, to go where the action is and make a difference. You tell them not to waste time with the browser and their twelve open tabs. However, you dole out this direction from behind your CRM’s dashboard. Staring at the score never helped anyone win a game. How often do you see a coach with his back to the field of play?

• You want your salespeople to study so they’ll have the business acumen to create value for their prospects and clients, as well as distinguish themselves in a crowded field of “me too” competitors. You want them to read, to educate themselves, to do their homework. Are you better and more widely read than your sales team? Do you have the business acumen to be a peer when you are sitting in front of their clients? Or might you fail the test you ask your team to pass?

Your people will do as you do, not as you say. This means you need to be behaving consciously as a leader, aware at every moment that your actions are your leadership, not your words. Included in these actions that you determine will make up who you are as a leader are a list of non-negotiables.

Part 2 – The Non-negotiables and Accountability

It’s time for sales leaders to rethink how they lead

7 Considerations For Sales Recruitment During COVID.

What Sales Teams Can Learn From Warren Buffett’s Wisdom

Grant Cardone And Secrets Behind His Success (Exclusive Interview) 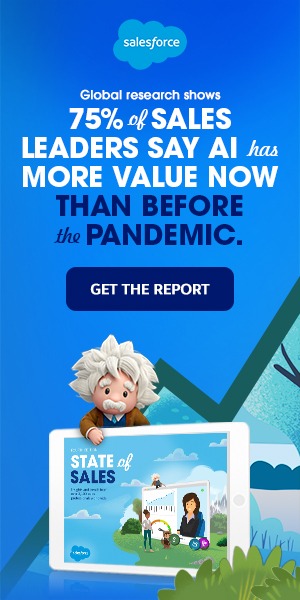 IQ Vs EQ (Emotional Intelligence): Which Is More Important?

What Sales Teams Can Learn From Warren Buffett’s Wisdom